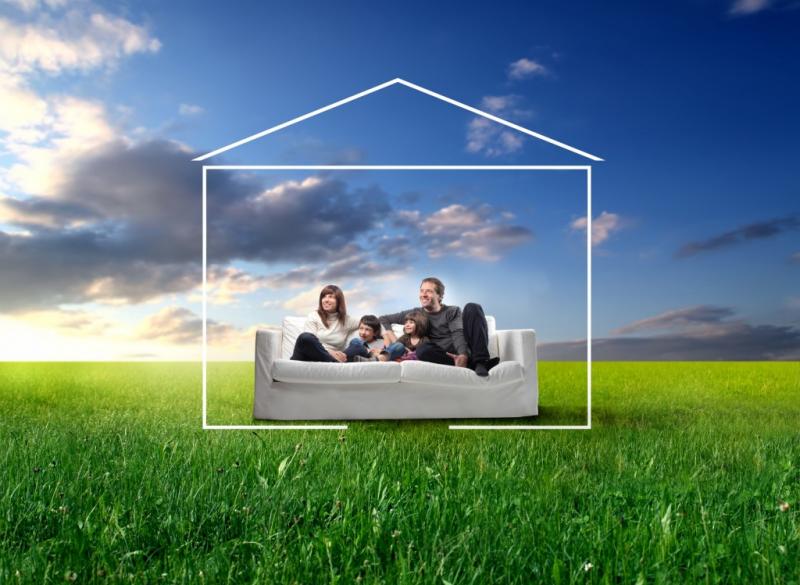 For the past five years we have been on a quest to create a healthy home. This began with the pregnancy of our daughter, expanded with the creation of our business, and has been aided by our exploration of Bau Biologie, which looks at 3 main pathways to a healthy home. These are: indoor air quality, mold and electro magnetic waves. Creating a healthy home by assessing and correcting these considerations is a process that takes time. Bau Biologie recommends always beginning with the bedroom, where we spend the bulk of our time. The following is a description of our journey. Each home has its individual circumstances to address, but perhaps our story will give some ideas of where to begin.

When my son was born, 16 years ago, I knew much less than I do now. He spent his first two years suffering chronic ear infections until we discovered he was gluten intolerant. Once off the gluten he became much healthier. During my years with a sickly, miserable food sensitive baby I had met a mom with a sickly, miserable chemically sensitive baby. She shared with me what she had learned about indoor air quality and the toxicity of building materials and home products. During my second pregnancy, 12 years later, we began to research how to create a non-toxic nursery. It was a bit overwhelming! To realize that we sleep in a toxic bed, wake up and step onto a toxic floor, and spend the day in a toxic home or work situation seemed to be more than anyone could deal with. Yet I was committed to creating the healthiest environment I could.

The first and easiest thing to do was to buy No VOC paint. I knew that a few mainstream companies were beginning to offer healthier paints but I wanted the best. From all my research that was AFM Safecoat. This paint not only leaves out many toxic chemicals that other companies consider “no voc”, but it also seals in any toxins underneath it so the old paint does not seap through and offgass into your home. The second thing, that I felt was very important, was to get our daughter an organic mattress. I was shocked to discover the chemicals in a standard mattress. We spend one third of our lives, during the hours our body is meant to rest, heal and rejuvenate, in our beds. This seemed to me like a huge thing that was, ultimately, in our control. Our research into this actually ended up steering us into our business, Organic Grace, which began with solely organic mattresses. I had previously owned a children’s store and had a gift for retail. Little by little our business grew, and with it, our knowledge about environmental toxins.

After replacing our mattresses with nice new organic ones, we eventually got rid of all our down bedding. I had read about the way that down traps moisture and creates the perfect environment for dust mites, but it was not until Grace got whooping cough and was sick for months that we made the switch. I was every bit as warm and snuggly with our new wool bedding, but no longer woke up in the middle of the night under a damp comforter. We also purchased an Austin Air Purifier to help keep our nightime air as pure as possible.

As we learned about the toxins and glues in carpet backings, the PBDE flame retardant dust in couches and other petroleum based foam furnitures, the horrible toxicity of vinyl – both to people and our planet, the dangers of mold and so many other home hazards, we began to tackle these things one by one in our home. Replacing our couch was a story in itself and can be found here.

At the same time we did our couch, we replaced our moldy old living room carpet with Nova Cork. Now let me say that we do not own our home, we rent. But we have been there for 17 years so we do things like plant fruit trees and do household upgrades. Our home is more of a cabin than a house. Pulling up the carpet revealed layer upon layer of old linoleum on top of tar paper on top of a moldy wood floor. Always be sure, when replacing your carpet, to vaccum before you pull it up, to limit your exposure to the dust that results from the glues on the backing breaking down. We also ran an air purifier during all home upgrades.

Wow! Our livingroom felt so much better with no carpet! Even when we were just down to bare plywood the difference was amazing. We wanted to be really sure we did not encourage new mold growth. So here is what we did: First we cleaned that nasty old plywood with Ecover Hydrogyn Peroxide Bleach. We ran heaters to dry the wood completely. Then we applied Concrobium Mold Preventative and let that dry real well. Then we painted the wood floor with two coats of AFM Safecoat paint. If you choose to do this, ask for dented cans you can buy from your dealer at discount to save money. No one will see this. The Safecoat paint seals in whatever is beneath it. We felt like this was just an added preventative step. We then used AFM Safecoat Caulking around the edges of the room to prevent any mold in the walls from coming through. Since we were dealing with an old funky house that we do not own, and we were not about to spend tons of money ripping out the plywood and replacing, we had to find budget ways to make this house healthy. The new Nova Cork flooring went in and we love it!

Next a small step in replacing our rocking chair cushions, which were made of petroleum based foams, with natural latex. Petroleum based foams contain flame retardants that become an airborne dust as they break down (SVOCs) and breathing them in is one of the greatest ways these chemicals are getting into our bodies. I drew templates of our cushions, ordered the latex and some beautiful organic fabric and had zip off covers sewn up. At last, our home is petroleum foam free!

When we first created our daughters room, we did our budget best by buying standard (toxic) carpet and offgassing it in the sun, then sealing it with AFM 3 step Carpet Sealing products. Again, AFM Safecoat has great budget ways to deal with toxins. It was a bit labor intensive but really seemed to seal the toxins in and prevent offgassing. The problem was, that we had left our carpet to off gas in the sun for too long. It spent several weeks out there, and when at last we brought it inside to install, the glues in the backing (the most toxic part) had begun to break down and left a fine toxin ridden dust in it’s wake. As long as our daughter was sleeping in our room, we were not too bothered by this, but as the time came for her to move into her own bed, we hesitated, thinking about that carpet. Our daughter had spent so much time sick that we did not want to stress her immune system any further. So we decided her carpet had to go before we would let her sleep there. The removal of her disintegrating carpet filled our vacuum cleaner with that toxic dust and we went through the same multi step process cleaning and sealing her floor as we did in the living room. This time we chose natural linoleum (NOT to be confused with vinyl flooring!). It came in 3 foot by 1 foot click planks, just like the cork and was easy to install ourselves. We also got Grace her own Baby’s Breath Austin Air Purifier. Finally we could feel good about her sleeping in her own bed, in her own room!

The last room in the house to still have carpet was our bedroom. A few months after doing Grace’s room, we did ours with the same natural linoleum, following the same protocol of cleaning and sealing. Though our carpet was in very good shape, we found layers of mold underneath the previous floorings.

At the same time we began to tackle our electro magnetic wave issue. A few months earlier, we had switched our heads to the other end of our bed, to get away from the electrical panel on the outside of the wall in our extremely tiny bedroom. Our knowledge of electro magnetic waves had grown considerably since we had begun our business. We had attended several Bau Biologie seminars at the West Coast green trade shows. My husband, in particular, had spent quite a bit of time researching and exploring healthier options. The wiring job he had completed just a few years ago (which, thankfully, was located outside on the walls and was easily accessible) was modified. We got rid of the wiring behind our couch that led to a dimmer switch behind our heads. We removed two walls of wiring and several outlets that were never used in our bedrooms. Beds were strategically placed to avoid being on a wall that had electrical boxes on the other side. Alarm clocks were moved away from our heads. There can be a huge difference by moving electrical devices 6 feet away from where you will sleep, and particularly away from your head. Ultimately, sleeping on a bed with no metal is said to be healthiest. It is also recommended never to have your office in your bedroom, as there are just too many electro magnetic waves where you sleep. The less electrical devices in your bedroom, the better.

The next step, one that took us a while to deal with, was getting rid of our cordless phones. Cordless phones are actually worse than cell phones. Cordless phones in your home are emitting high levels of EMR waves, even when not in use. We are constantly getting whammied by these unhealthy waves. I have heard that these waves send continuous disruptions to our immune systems. It is definitely healthier to remove these cordless phones and switch back to corded, especially for those trying to overcome cancer or other serious health issues. But wow! what a convenience to have to give up! In my journey of moving towards healthier products and way of life, I have noticed what we give up most often is convenience. We have become very attached to our quick, easy and cheap way of life, but is it worth it? Is it worth multiple health problems? Is it worth cancer? Is it worth our planet dying and the major shifts already beginning to happen as a result of climate change?

So next we are working on replacing the phones at our business with a corded system. We do not use wireless internet. We limit our cell phone use to the absolute necessary and use air tube head sets with them. Fortunately our teenage son likes to text better than to talk.  We found that once the mental shift back to corded phones was made, it was no big deal.

Other smaller things we have done to create a healthy home include getting rid of all non-stick cookware and replacing with glass, stainless steel, cast iron or stoneware. We now use glass storage containers instead of plastic. We long ago switched to green cleaners and in fact now use only baking soda in our dishwasher as we discovered after four months of bellyaches my daughter tested bad on the eco brand we were using.

Keep in mind that this has been a 5 year long process. I tell people that it is not about running out and replacing everything in your house. It is about – when it comes time to buy new or upgrade – buying non-toxic, organic and sustainable. will not only keep your family healthier, but the planet as well!